Categories - Health - Healthy digestion
Rezavec angle is a European fungus, which has a wide antibacterial use. Also used for stomach problems, such as decreases. Blood pressure, cholesterol and blood sugar levels.
Free shipping - applies to transport Czech post package to hand the package to the post office (DR, NP) and for personal collection network Heureka Point - Uloženka.
For other modes of transport (PPL, Messenger, Czech express mail package, Slovak Post, Foreign Affairs) will be the price of transport specified our Terms and Conditions deducted the amount of CZK 100.
MRL Chaga - rezavec angle - Description:
Chaga - rezavec angle is Břízách, elm, ash berries or several years of slow-growing woody mushroom with black finish and a brownish tint to cut. In Europe, the earliest documented use of Russian in the herbarium of the 14th century.
Is extended to the northern hemisphere between 40 to 50 ° latitude, but allowing the use of natural deposits hub of nature are on the verge of exhaustion. It is therefore appropriate effort on their submerged cultivation, especially if such will allow production to maintain enzymatic activity, which otherwise still prevalent in hot water and alcohol extracts stabilized naturally can not be maintained. A large part of Western research on Caze is not Polish and Russian origin, which for historical reasons is built right on the hot water extracts of wild čagy when then CagA also contains metabolites from the host birch (betulin, soluble lignin); However, in the last few years have appeared comparative studies on various forms of extraction and differences between cultivated and harvested Cago and demonstrate yet rather solitary views, which favored the use of the absence or minimization of heat treatment. For the above reasons therefore given below do not include the use of data derived from the metabolites of birch.
MRL Chaga - rezavec angle - use:
- Lowers blood pressure
- Lowers blood lipids and blood sugar, regulate cholesterol
- Protitrombové preventive effect, decreasing blood viscosity
- Increases the tolerance of the organism to anaerobic exercise, detoxification and antioxidant activity
- Powerful anti-inflammatory and antibacterial effects of complex
- Immunostimulatory effect of specific support for digestive problems, supporting the work of the stomach, pancreas and liver, inflammation of the digestive tract and gastric or duodenal ulcers
- Ergosterol (provitamin D2) in significant quantities
- Pushes toxicity and nourishes the face - particularly useful when exhaustion kidney problems. Gradual correction of the long-term condition
- Animates and transforms blood clots - because in that situation may also reduce pain; Despite this effect also strengthens the heart, increases Qi and protects the liver
- Soothes the heart and calms the spirit - a useful complement to effect the recovery and conversion of blood clots, so the application is in difficulties associated with restlessness, therefore, most often the liver and heart
- Transforms phlegm - preferably under either constitutional or cause long-term weakening
MRL Chaga - rezavec oblique - Packaging:
The product of traditional Chinese medicine (TCM) from MRL-based fungal biomass grown on sterilized by autoclaving at substrate uncompromising adherence to the conditions that are required for the production of pharmaceuticals. The result is a standardized biomass, with the patented cultivation process ensures that it is not contaminated by other fungi and that are not present in pesticides and heavy metals. Statement on products of fungal biomass companies MRL
Packaging rezavce oblique contains mycelium biomass (mycelia) and young fruiting bodies (primordia). Biomass has the advantage compared to extracts that in the case of any undesirable effects such as a shift in extraction, and the product's activity matches the source rezavci oblique (Chaga) and is further enhanced by using his entire mycelium.
MRL Chaga - rezavec oblique - DOSAGE:
P250 - packages containing 250 grams of finely ground biomass (mycelium and primordia) of traditional Chinese medicine - Chaga (rezavec oblique). Recommended daily dosage of 1-3 grams a day. Each package contains a dosing spoon that is aligned measures out 2 g of biomass. Retail packaging is designed as a four-month dose. Biomass is best to use an empty stomach and drink plenty of water or lukewarm tea. The powder biomass can comfortably consume when mixed with yogurt, apple juice or water. 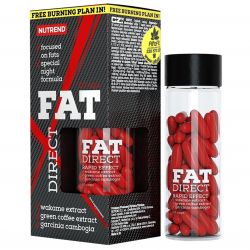 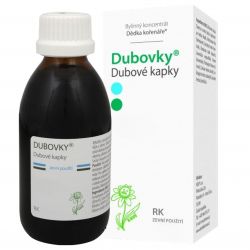 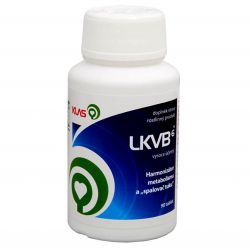 KLAS LKVB6 is effective preparation for good health. Natural medicine is drawn from a type of ...
Packing: 90 tablets
Availability: In Stock
Klas Germ oil with vitamins A, C, E 60 capsules 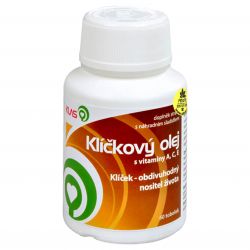 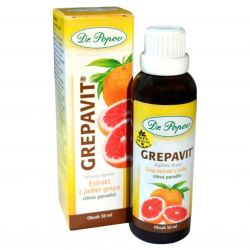 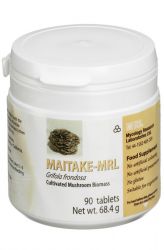 Maitake is an edible mushroom that grows parasitically at the base of trunks of oak trees. ...
Packing: 90 tablets
Availability: In Stock
MRL Chaga 90 tablets 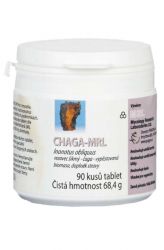 Chaga is a European fungus, which has a wide range of applications. Chaga is on elm or ash berries ...
Packing: 90 tablets
Availability: In Stock
Wanxi WBO1.8 ─ 1888 ─ Nourish yin kidney, liver and lung 200 ... 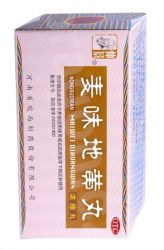 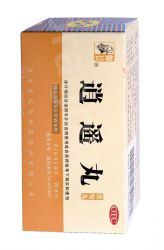 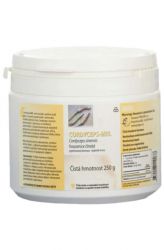 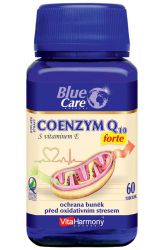 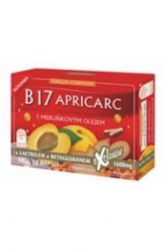 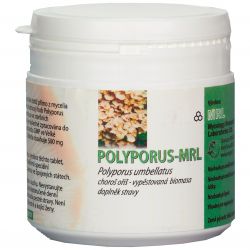 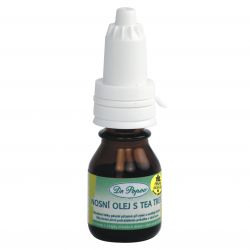 83,60 €
Your questions / requests
If you have any questions or are interested in a product that you do not find in our offer, please use the contact form.
Here
References